"The heyday of the Prosopographia Imperii Romani is over" 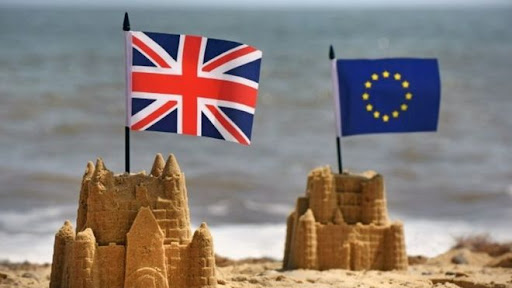 Conclusion The heyday of the Prosopographia Imperii Romani is over, not only due to the lack of money for a third edition, but also because of the necessity for a different organization and presentation of the information in the future – be it a book or be it in combination with a database on CD-ROM or on the internet and in any language whatsoever.We all hope that a time will come when someone will be able to finance a new way to present and update a proso…
Post a Comment
Read more 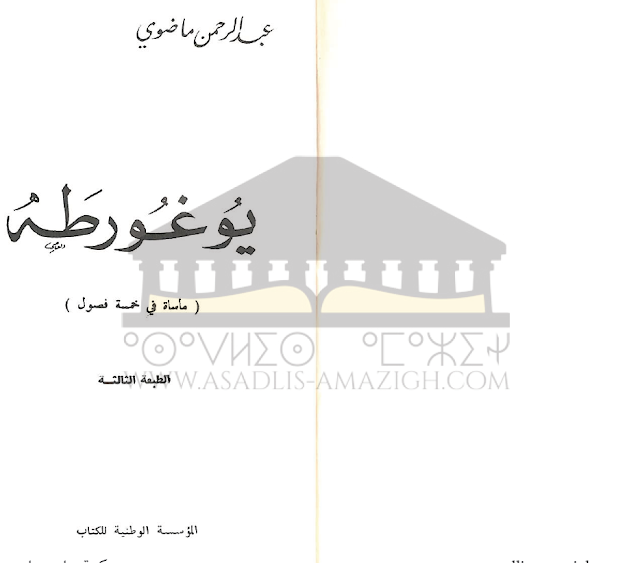 Jugurtha's Tragedy and Algerian Iliad Coming to North Africa, the conlonizers', whether English, Italian or French, imaging themselves as Romans or Greek heroes/gods. It is interesting to see how Algerian play writer Abdelrahman Madwi has used Numidian King Jugurtha to historicize, on the stage, Algerian war of independence against the French occupation; a technique which not unparalleled in other North African and Arabic countries, let along postcolonial national theaters. It seems that the play was popular so that it was published until 1984 in three editions. See also Algerian Epic, called, Iliad by Cheikh Zakaria (1908-1977).

Postcolonial history of Cyrene, Libya: Chamoux's Greek Cyrène of 1953 into Arabic in 1980 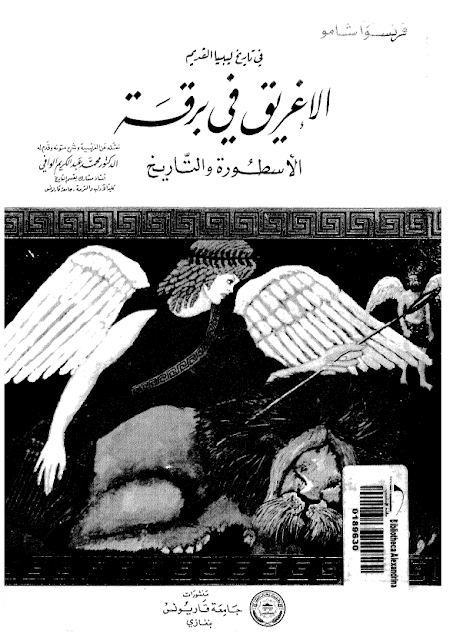 Chamoux's Greek Cyrène of 1953 into Arabic in 1980François Chamoux's thesis  "Cyrène sous la monarchie des Battiades published in Paris, in 1953 is translated into Arabic in1980.

Postcolonial History of North Africa:Gsell's L'Histoire into Arabic in 2007 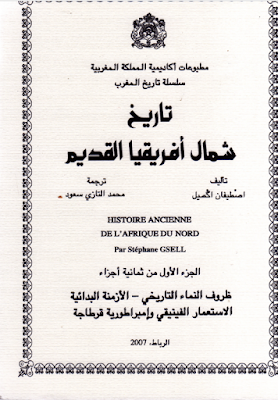 Gsell's L'Histoire into Arabic in 2007
It is very interesting to my study to see that the scholarly work of  Stéphane Gsell (7 February 1864 – 1 January 1932) about the history of North Africa L'Histoire ancienne de l'Afrique du Nord published between 1913 and 1929 is translated into Moroccan-Arabic in 8 volumes. The translation is published by the Collège Royal(Rabat) in 2007. I have been able to found only five volumes.

Arabic dictionary and Index of the Greek New Testament 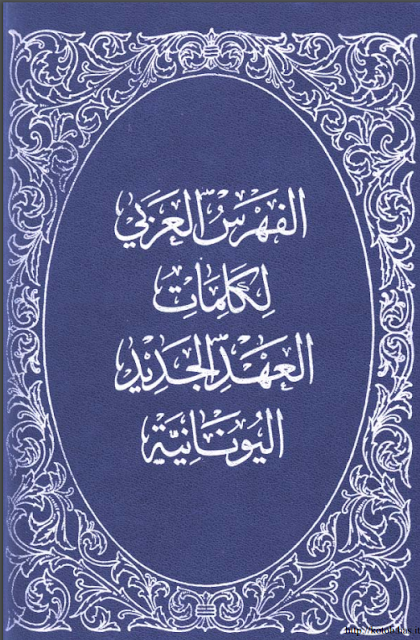 How to encode Arabic script in the Leiden+ Epidoc XML using the papyrological editor?

- August 13, 2019
For the First Time in the History of Papyrology Greek and Arabic United!It has been argued extensively that Arabic script and texts (an RTL language i.e. running from right to left) can not be encoded in the heavily tagged and marked up Epidoc XML compatialble files, especially in the papyrological editor of papyri.info.In 2015, I have been able to find an easy and simple way to solve this technical problem that, kept not only Arabic but most of the richt written culture heritage of Egypt, separated, in the print and digital culture, from the much more advanced and sophisticated Greek and Latin papyrology. For the first time in the history of papyrology the Greek and Arabic text of http://papyri.info/ddbdp/sb;6;9576 has been presented in a born-digital edition of the text. Here is a video, I recorded of how to encode this bilingual text bit by bit. Since this historical momentum in 2015, a lot of progress has been done in this regard not only in the text per se, but also in the epis…
Post a Comment
Read more

Egyptian-Arabic Scholarship in Classics and Papyrology: Invisible or Marginalized?

- August 09, 2019
Egyptian-Arabic Scholarship in Classics and Papyrology: Invisible or Marginalized?
I am not trying to get into detail of this large topic. My aim is just to record what I have found and then I will go back to this.  I have once twitted about this.  It's usually reported, not infrequently with astonishing confidence, that the Egyptian school of Greco-Roman Studies is a peripheral. Yet I wonder how this conclusion came 2 exist while its publications r not included either n L'Année philologique o n Bibligraphie Papyrologique! — Usama A. Gad (@usamaligad) November 20, 2018
L'Année philologique contains only 100 record of Arabic scholarship in the field, while Bibligraphie Papyrologique have almost no record. Her is what I have found from L'Année philologique.There is only 100 records.
Making Arabic-Egyptian and Non-Egyptian scholarship in Classics VisibleIn my blog here you could browse hundreds of records which I have unsystematically been posting since 2014. In the spr…
Post a Comment
Read more

- August 09, 2019
Seneca's Epistulae Morales ad Lucilium in Arabic by Muḥammad Salīm Sālim  in Humanity's Heritage, Cairo 1968
I have found an interesting introduction, not only to Seneca's Epistulae Morales ad Lucilium,  but to Seneca's life and treaties in general by Muḥammad Salīm Sālim, the head of my department, which dates back to 1968. Enjoy!
Post a Comment
Read more

Badawi: The Spring and Fall of Greek Thought 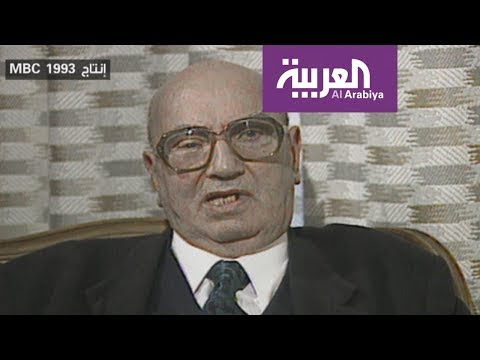 Badawi: The Spring and Fall of Greek thought [Retrieved from Wikipedia English on 09/08/2019]
Abdur Rahman Badawi(Arabic: عبد الرحمن بدوى) (February 17, 1917 – July 25, 2002) was an Egyptianexistentialistprofessor of philosophy and poet. He has been called the "foremost master of Arab existentialism." He authored more than 150 works, amongst them 75 which were encyclopaedic. He wrote easily in his native Arabic, English, Spanish, French, German and Italian, and read Greek, Latin and Persian.
Listen to him speaking about himself below. And a good Arabic review of his career is to be found here عبد الرحمن بدوي.. من غياهب المخطوطات إلى الفيلولوجيا.

Greek Words in Arabic and their Etymology 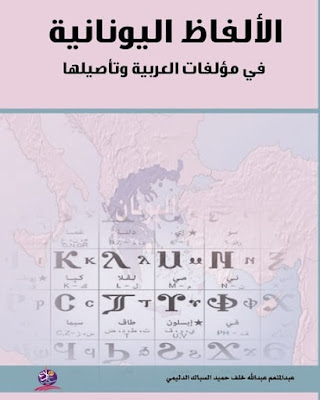 A Bibliography of Arabic Scholarship in Manuscript Studies 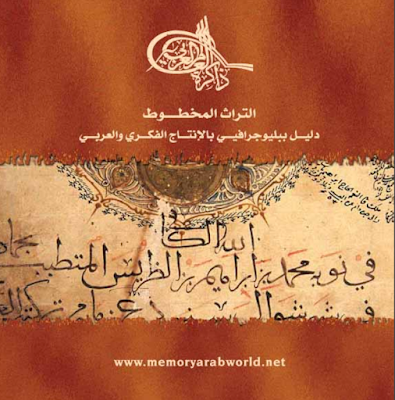 WHEN A SENATOR VISITS EGYPT, THE STUDENTS HAVE TO PREPARE THEIR TRANSLATIONS

OEDIPUS ON THE NILE: TRANSLATIONS AND ADAPTIONS OF SOPHOCLES' OEDIPUS TYRANNOS IN EGYPT, 1900-1970 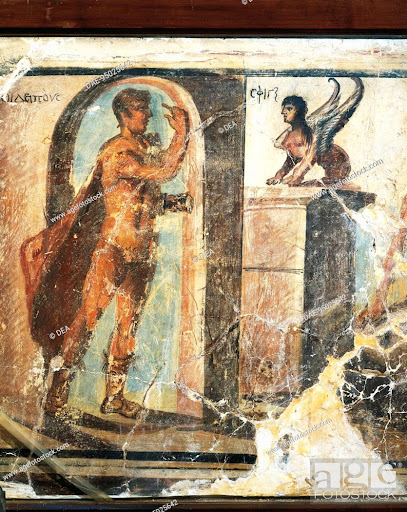 Between 1900 and 1970 seven different versions of Sophocles’ play Oedipus Tyrannos were performed or published in Arabic in Egypt. This thesis looks at the first 71 years’ history of this iconic Greek tragedy in Arabic and the ways it can be used to think through the cultural debates of the period. The long history of contact between Greece and Egypt and the 19th and 20th century interpretations of this history can be used to look at different models of colonial and post-colonial cultural interaction. Classicism offered Egyptian writers a constructive way of looking at their cultural identity and contemporary world – a way which takes in to account the legacies of colonialism but also engages Greek literature to create their own models of nationhood. Following the history of performance and adaptation of the play th…
Read more 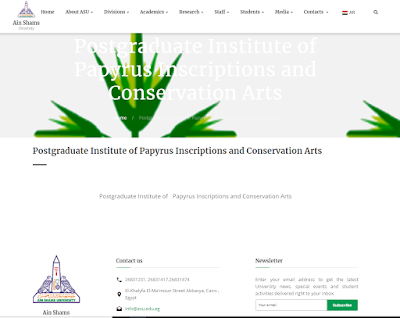 HIGHER INSTITUTE OF PAPYRI, INSCRIPTION AND CONSERVATION TECHNIQUES AT ASU IN CAIRO

About ASU institute OF PAPYRI
[retrieved from the Arabic website on 05/08/2019 and translated by Google translator, and slightly edited for consistency and convenience by Usama Gad, for Arabic scroll down]
FROM THE A CENTER INTO A CENTER AND AN INSTITUTE
Over the past twenty three years, Ain Shams Center for the studies of papyrus and inscriptions carried out its scientific and specific tasks, which was the conduct of research based mainly on the documentary and literary papyri, whether published or not yet published. The Center has attracted the efforts of Egyptian and Arab scientists and researchers in the Arab world. It has also attracted many foreign scholars inthis field . The most important fruits of these scientific efforts during these years were the publication of nineteen volumes of a scientific peer-reviewed journal that were exchanged with the corresponding specialisedcentres around the world.…
Read more 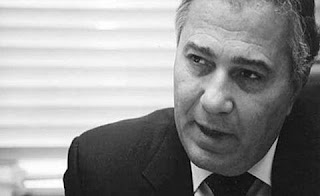 Popular posts from this blog

Taha Hussein's Book : The Future of Culture in Egypt, a free pdf download 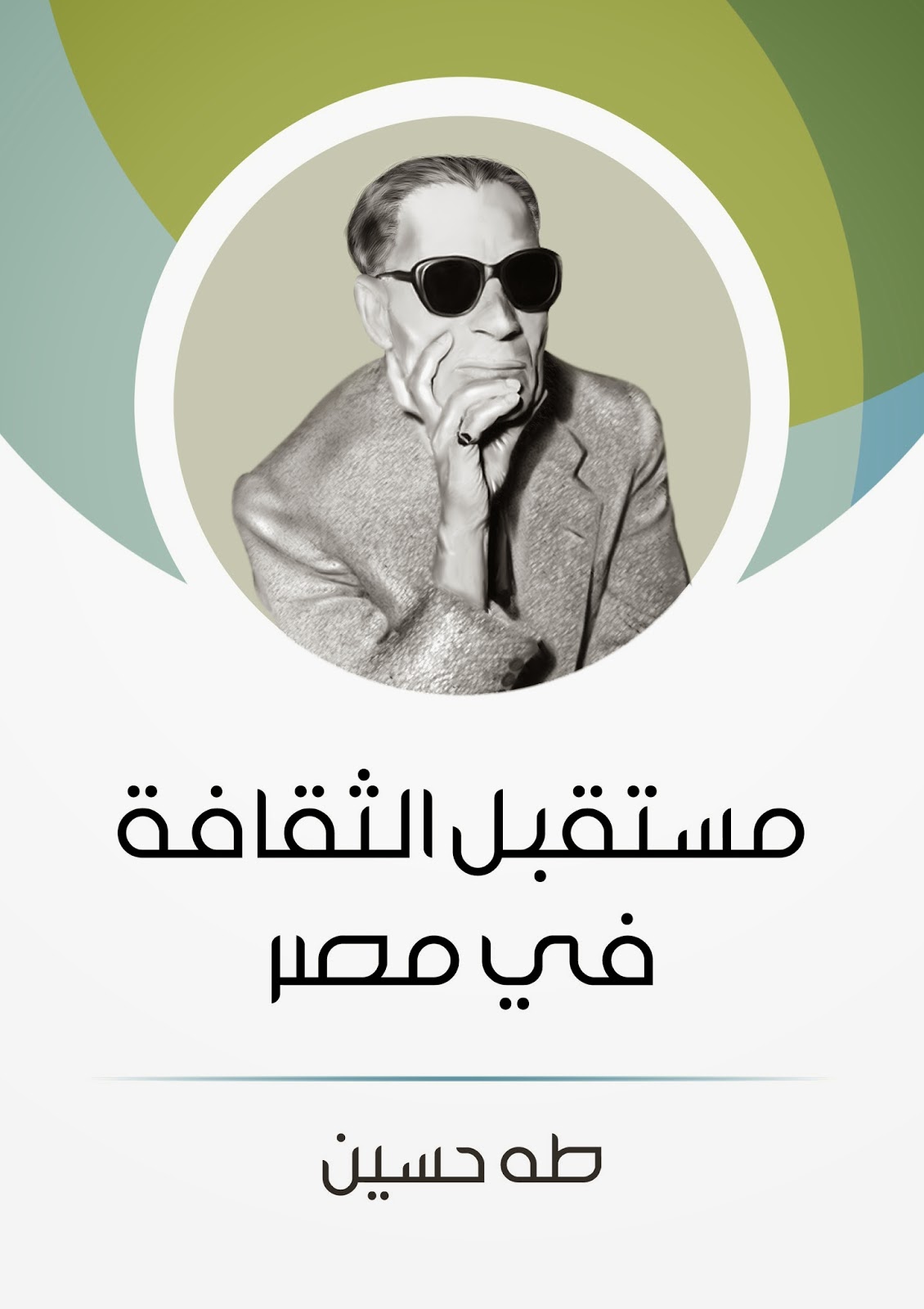 Hendawi Foundation is putting online many important Arabic books in Pdf, Kindle, and ePUB format. One of these books is Taha Hussein's " The Future of  Culture in Egypt". The book in my view is better to be called "The Future of Education in Egypt", since he propose to integrate Greek and Latin not only to the secondary schools, but also in many departments in the Egyptian Universities.  His call is up-till now remains completely unfulfilled. The Egyptian universities are still in the process of the implementation of his Nr. 1 idea i.e. Greek and Latin departments. No secondary school whatsoever in Egypt teach Greek or Latin, neither there are full integration of these languages in the departments of the universities in which they are mostly needed e.g. in The faculties of Law !


The book could be downloaded through this link.
Read more 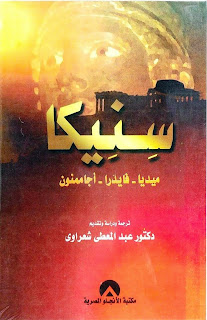 The fabula crepidataAgamemnon of Seneca the Younger is performed in Arabic based on the professional translation of Prof. Abdel Moaty Shaarawy, see the post about this translation here .


The performance was produced by the cultural program of the Egyptian Radio (Radio Cairo) and now available on the You Tube channel of this program.